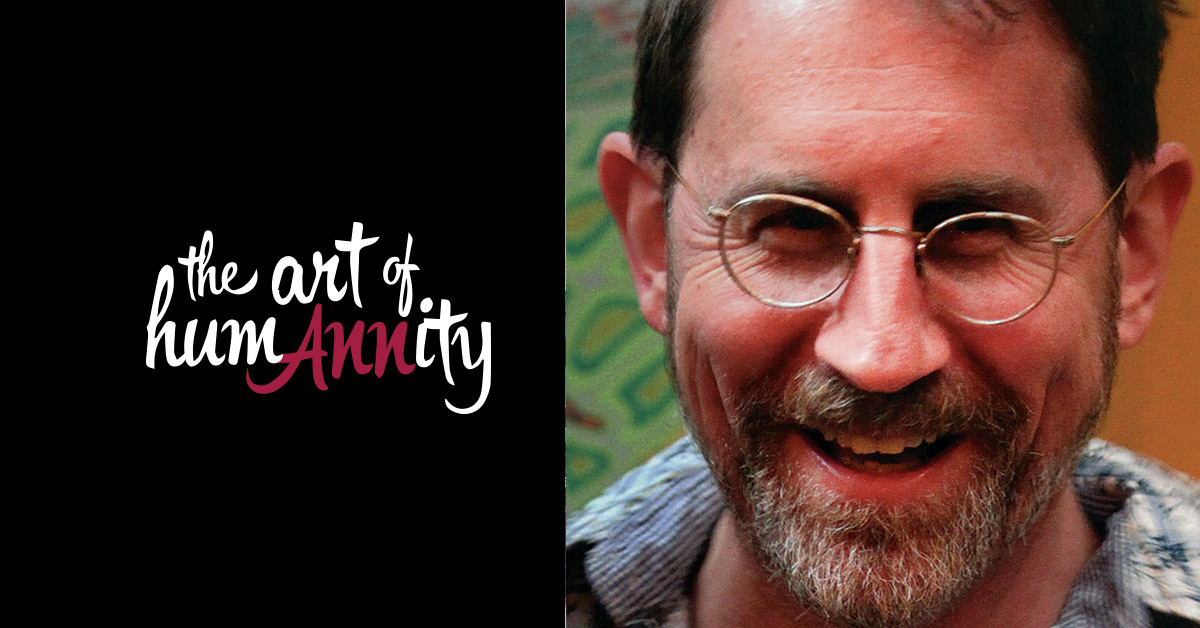 We’re back with the season debut of The Art of Humanity!

We’ve got a brand new season that focuses on empowering the next paradigm of consciousness.

Today’s guest is someone who aligns with my mission for Embodiment and New Thought: Erik Davis.

Erik is an American writer, scholar, journalist and public speaker whose writings have ranged from rock criticism to cultural analysis to creative explorations of esoteric mysticism. He is perhaps best known for his book Techgnosis: Myth, Magic and Mysticism in the Age of Information, as well as his work on California counterculture, including Burning Man, the human potential movement, and the writings of Philip K. Dick.

His book Techgnosis looks at technology in a different way. He argues that while the realms of the digital and the spiritual may seem worlds apart, esoteric and religious impulses have in fact always permeated (and sometimes inspired) technological communication. Erik uncovers startling connections between such seemingly disparate topics as electricity and alchemy; online roleplaying games and religious and occult practices; virtual reality and gnostic mythology; programming languages and Kabbalah.

“People feel the need to be certain about why they’re going down the rabbit hole they’re going down. But if you keep your intellect engaged, for me it’s part temperamental, you keep that critical mind going…I think I’m somebody who’s naturally interested in too many things and maybe at times, I have to profoundly commit.”

In this interview, Erik and I discuss:

Here is a photo of Erik and I at Golden Gate Park:

reason #4344 why I love podcasting (and why I’m totally cheesing in this photo! 😁): I often meet my personal and professional heroes on a regular basis! I’m so lit up by podcasting and believe it’s THE platform for the counterculture ⚡ 🎧 🎧 🎧 because let’s be honest: who still watches traditional news? (aka Matrix-programming 🙅‍♀️) I believe that we will look back in time to see podcasting as one of the most powerful threads to unite our humanity 🧚🏼‍♂️🌟 what better way to connect to our essence than through fellow humans guiding the way? 🎧 🎧 🎧 this is my friend, colleague and mentor Erik Davis. he is best known for his book Techgnosis: Myth, Magic and Mysticism in the Age of Information, as well as his work on California counterculture, including Burning Man, the human potential movement, and the writings of Philip K. Dick. he also has a new book out now called High Weirdness. It’s rad. 🎧 🎧 🎧 Erik is kicking off Season 5 of The Art of Humanity and it’s all about consciousness: Season 5 launches 11/1! 🎧 🎧 🎧 do you enjoy podcasts? comment below!! (and subscribe to my podcast at the link in profile!)

Techgnosis: Myth, Magic and Mysticism in the Age of Information

High Weirdness: Drugs, Esoterica and Visionary Experience in the Seventies

* The links to the books above are Amazon Affiliate/Influencer links.